The highlight of Croatia is a spectacular 1100 mile long coastline on the Adriatic Sea with around 1200 islands.  Breathtaking incredible natural beauty of of the Croatian cost provides the backdrop for the innumerable highlights of Croatia Delight tour. We will begin our explorations in the north in historical town of Poreč on the Istrian peninsula , where we visit also a local winery, Pula Roman Amphiteater and charming Rovinj. Later on our way south we stop at Plitvice Lakes and Krk island till we reach Split for two nights. After Split we head to Bosnia&Hercegovina where we’ll spend two days in fascinating Sarajevo and meet its the wonderful people.  Leaving Sarajevo on the way to Dubrovnik, we’ll visit Mostar Old bridge, Pelješac peninsula and Korčula island. Tour ends for three nights in magnificent Dubrovnik wheere you’ll visit also nerby country of Montenegro.

All departures between Nov 1st and March 31st  10% discounted. 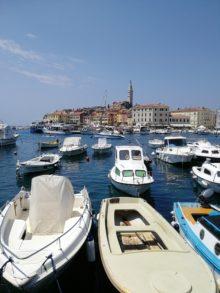 Meet your guide at Trieste/Ljubljana/Pula or Venice Airport for a transfer to Hotel Mauro 4*or similar in Poreč for three nights. Check-in, relax take some time for yourself after a long flight.

In the afternoon join your guide for an orientation walk in the historical center followed by a welcome dinner and aperitif. (D) 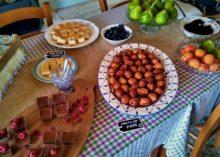 The historical highlight of Poreč UNESCO site, the 6th Century Basilica of Euphrasius, beautifully ornamented with Byzantine mosaics, is the first stop on our morning guided visit today.

In the afternoon we will have a fantastic tour of Istrian countryside with a winery visit, hill-top towns and a typical Istrian cousine dinner with local specialities like truffles.(B,D) 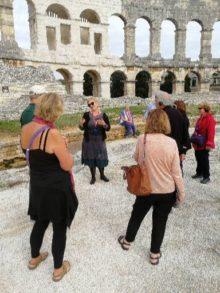 Pula is the chief town of the region of Istria situated in the southern end of the peninsula. A guided walking tour with a local expert will show you abundance of ancient Roman architecture, the main feature being the well-preserved and dominating Roman amphitheater right in the middle of the city,  Afterwards drive to Rovinj- the Pearl of the Adriatic a charming old town with cobblestone streets and picture perfect waterfront setting.

Back to hotel. Free evening. (B) 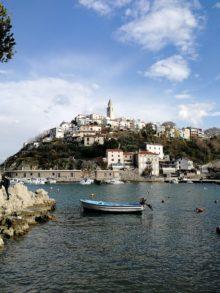 Croatia offers one of the world’s most beautiful coastlines with numerous islands.

Enjoy the morning drive from west coast to east coast of Istria and coffee stop in charming coastal town of Opatija.  Then continue to the biggest Croatian island Krk, that is linked to the main land with a majestic bridge and visit Soline, Krk town and Vrbnik where you can try local Nobile wine.

Later you’ll be transferd to the Plitvice Lakes, Croatia’s most popular attraction at the Hotel Degenija 4* or similar for one night. Included dinner. (B,D)

Plitvice lakes are the world’s natural heritage site that has been on the UNESCO World Heritage List since 1979. The beauty of the National Park of Plitvice lakes lies in its sixteen lakes, inter-connected by a series of waterfalls, and set in deep woodland populated with different animal species.

Visit includes both parts the Lower and the Upper lakes. Your tour starts with a visit of the 260 feet high Great Waterfall, then an hour and a half walk in the Lower lakes, a lunch stop and a boat ride across the biggest lake. After lunch continue walking for another hour and a half in the Upper part of the Lakes. Our visit will end with a scenic train ride.

Later transfer to the city of Split on the Adriatic Sea. We’ll be staying two nights at Hotel Luxe 4* or similar, just a few minutes walk to the historic district. Included dinner at a local restaurants. (B,D) 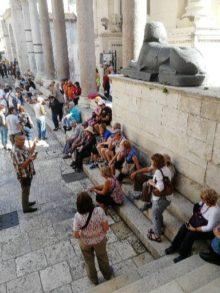 Nowadays Split is the largest city on the Dalmatian coast and its administrative, cultural, economic capital. Diocletian, the ancient Roman Emperor had his palace built here in 305a.D.; no wonder, he was born in the neighborhood, in the town of Salona, nowadays Solin. Its remains are now representing half of the city historic center. You´ll be dedicating this morning to discover all of the beauties of Split in the company of the local guide, and spend the afternoon and evening to relax on the beach or sipping wine in the sidewalk cafe.(B) 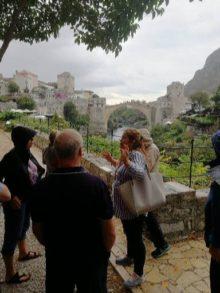 Departure Split this morning and head to Bosnia and Hercegovina.

First stop this morning is Mostar. Mostar is the main city of the southern part of Bosnia-Herzegovina, on the banks of the Neretva river. Under the Ottoman Empire, Mostar became an important trading hub, where Jews, Christians and Muslims traded and lived side by side. The result was that Mostar became a melting pot of cultures and nationalities. The centerpiece of Mostar is the Old Bridge, commissioned by the Sultan Süleyman the Magnificent in the 16th century. Destroyed during the war in 1993 the bridge was rebuilt using the original materials and reopened in 2004. Discover all this and more on a guided visit of old town Mostar which includes also visit to the Bosnian house and Mosque.

Time for lunch on your own at one of the many riverside restaurants and free time. Later transfer to Sarajevo, the capital city of Bosnia and Herzegovina, is a meeting point of East and West, multi-cultural and multi religious. It’s a colorful town full of coffee houses, restaurants and shops, a gracious and congenial people that defy expectation, where we’ll spend two nights at centrally located Hotel President 4*, situated next to Baščaršija bazaar district. Dinner in a local restaurant to try authentic Bosnian cousine. (B,D) 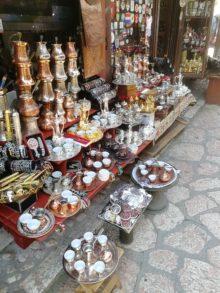 Sarajevo, the capital city of Bosnia and Herzegovina, is a junction point of East and West, multi-cultural and multi religious. It’s a colourful town full of coffee houses, restaurants and shops, a gracious and congenial people that defy expectations. Our morning begins with a local guide tour of the city and Tunnel of Hope area.

After leaving Sarajevo we’ll cross the border into Croatia and transfer to the village of Ston.

We’ll walk a section of The Great Wall of Croatia, the longest fortress system in Europe in Veliki Ston.

Later you’ll be transfered to mali Ston for a boat excursion on the bay where we’ll visit an oyster farm, harvest some oysters and enjoy them as an starter to our included lunch and wines on board.

Transfer to Orebić on the Pelješac Peninsula waterfront where we’ll stay two nights at the Hotel Indijan 4* or similar. Evening on your own to wander this small seaside village and enjoy dining at one of many restaurants. (B,L) 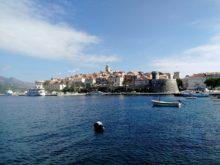 A short ferry ride will take us to Korčula, one of the best preserved medieval towns of the Mediterranean. It’s long past includes Illyrians, Greeks, Romans and Venetians. After our guided tour you’ll have time to explore the narrow lanes and visit the house of Marco Polo.

Late afternoon a visit to local Pelješac winery for a taste of their  wines and an dinner. (B,D)

This morning transfer to fabulous Dubrovnik, the pearl of the Adriatic, where we’ll spend two nights at the Grand Hotel Villa Argentina 5* or similar. After the arrival you´ll join a local guide for a walking tour of this amazing town, It will include Stradun and the famous majestic defensive walls. The afternoon is yours, to explore Dubrovnik on your own.

In the evening leave for a memorable dinner inside the walled city.(B,D) 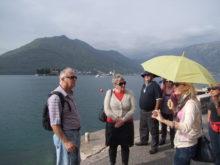 A photo stop first in Perast-Our lady of The Rock island and Kotor to explore and enjoy this unique coastal town. It belonged to Venetian Republic for over 300 years, many fortifications and other buildings are still there; the main reason Kotor is on UNESCO´s World Heritage sight list.

Montenegro was an independent principality and then a kingdom between 1696 and 1918. The village where its ruling dynasty is coming from, and Mount Lovčen, where the mausoleum of Petar

Petrovič Njegoš, the most famous Montenegro prince and poet is buried, is our next adventure. Steep country road will take us to the mountains just above the town to visit these two places so important for the Montenegro´s history and culture.

We´ll return to Dubrovnik in the afternoon. Farewell dinner in the evening. (B,D)

Sad but true, your tour is over, your driver will take you to Dubrovnik airport at your desired time. (B)

Transfer from Ljubljana, Trieste, Pula or Venice airport on Day 1

Transfer to Dubrovnik airport on Day 13 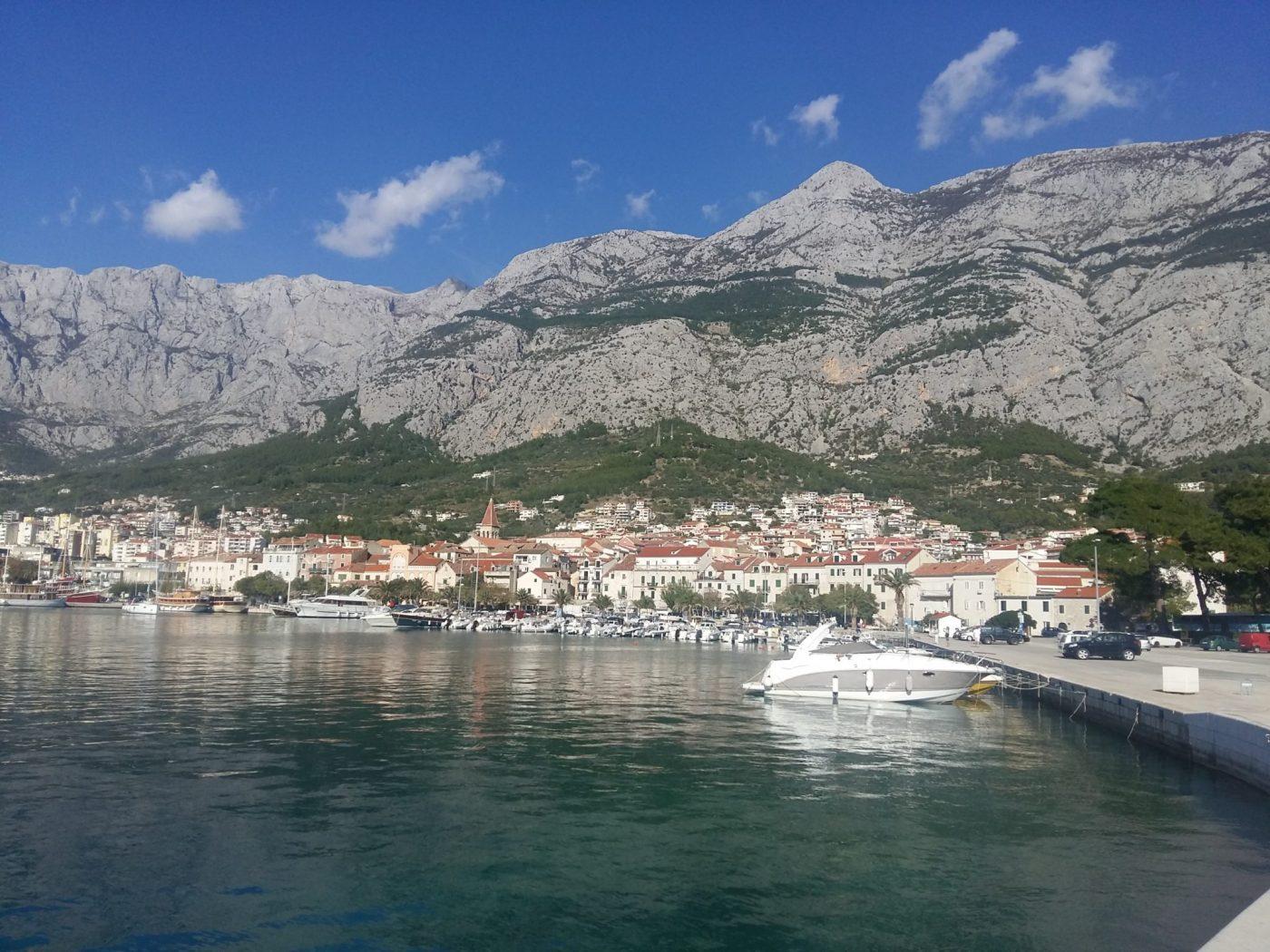 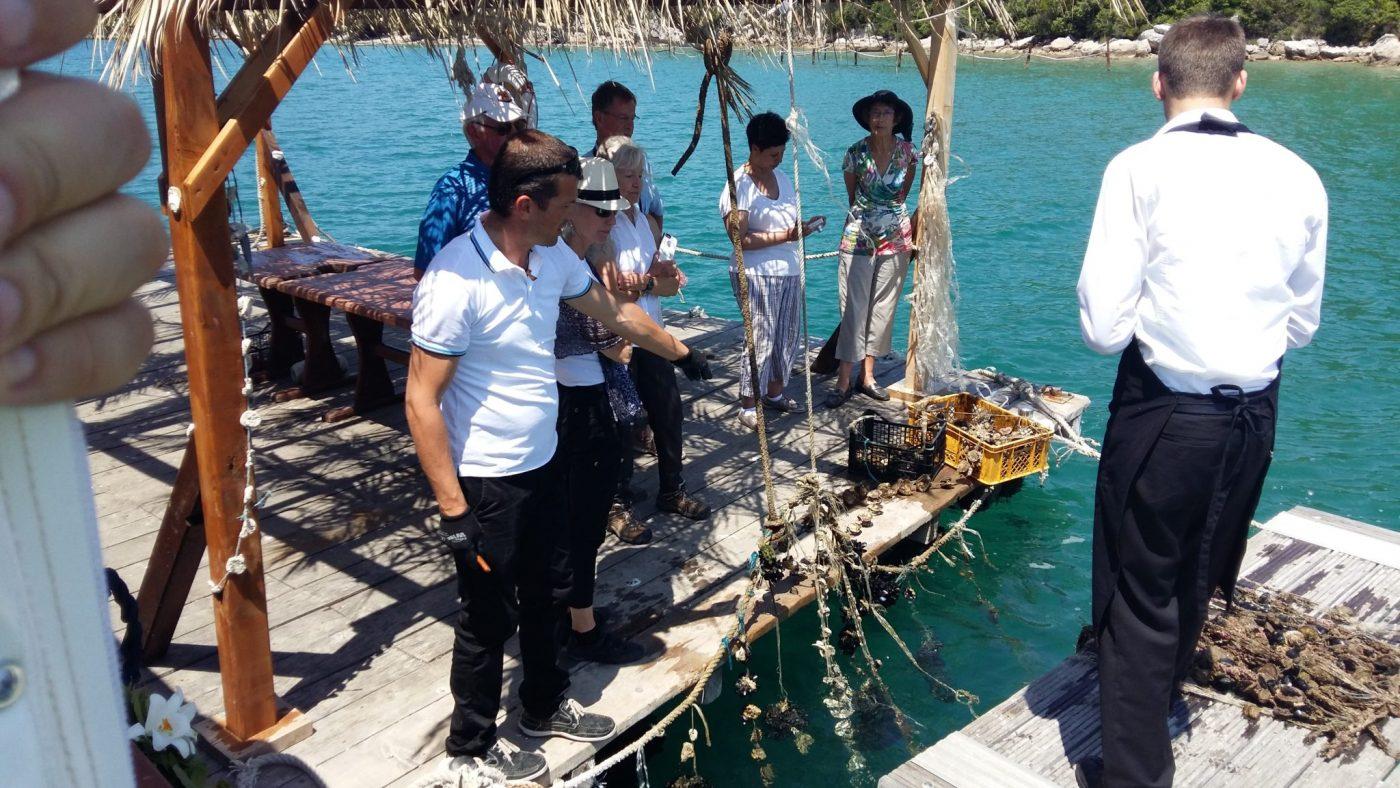 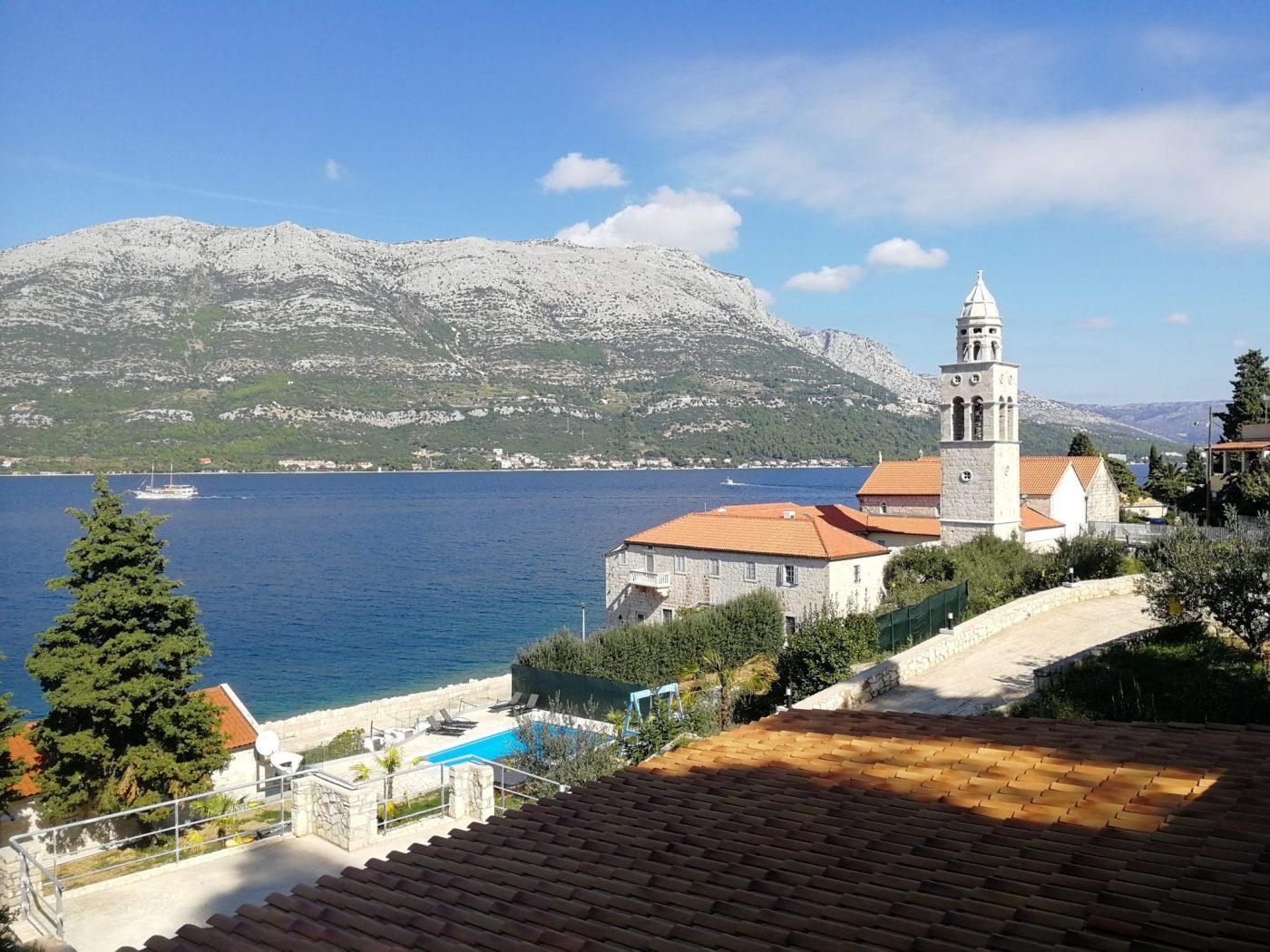 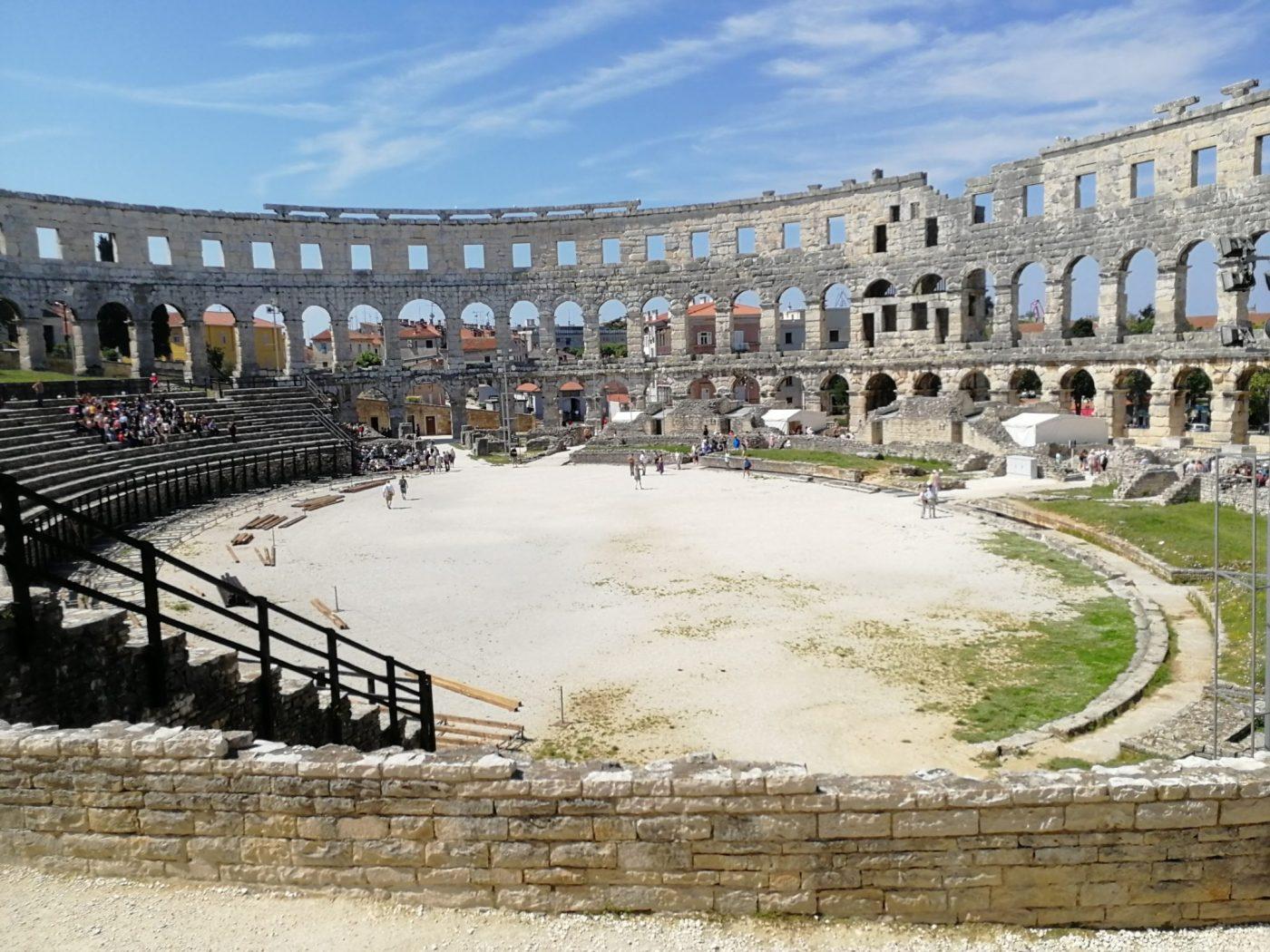 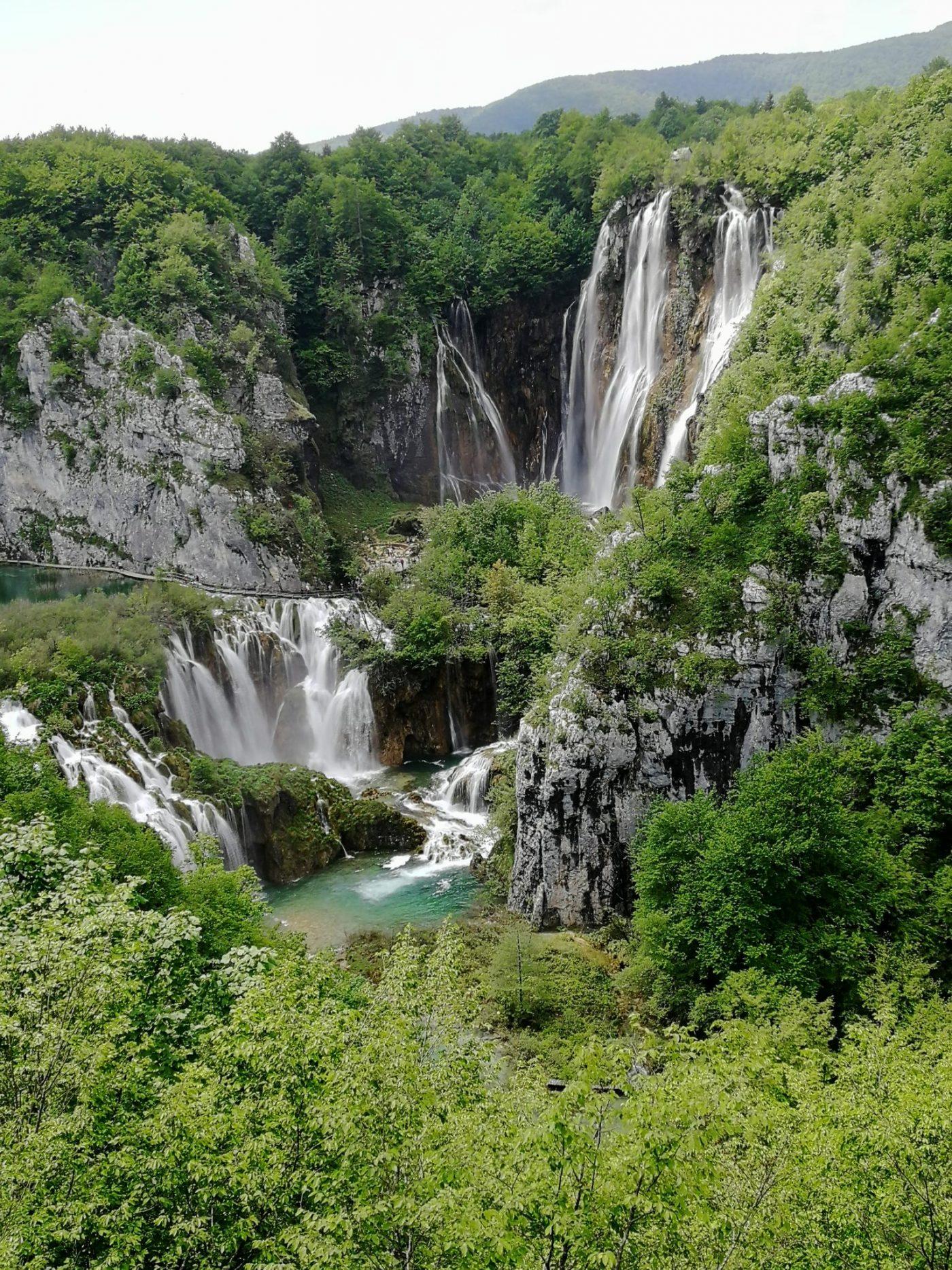 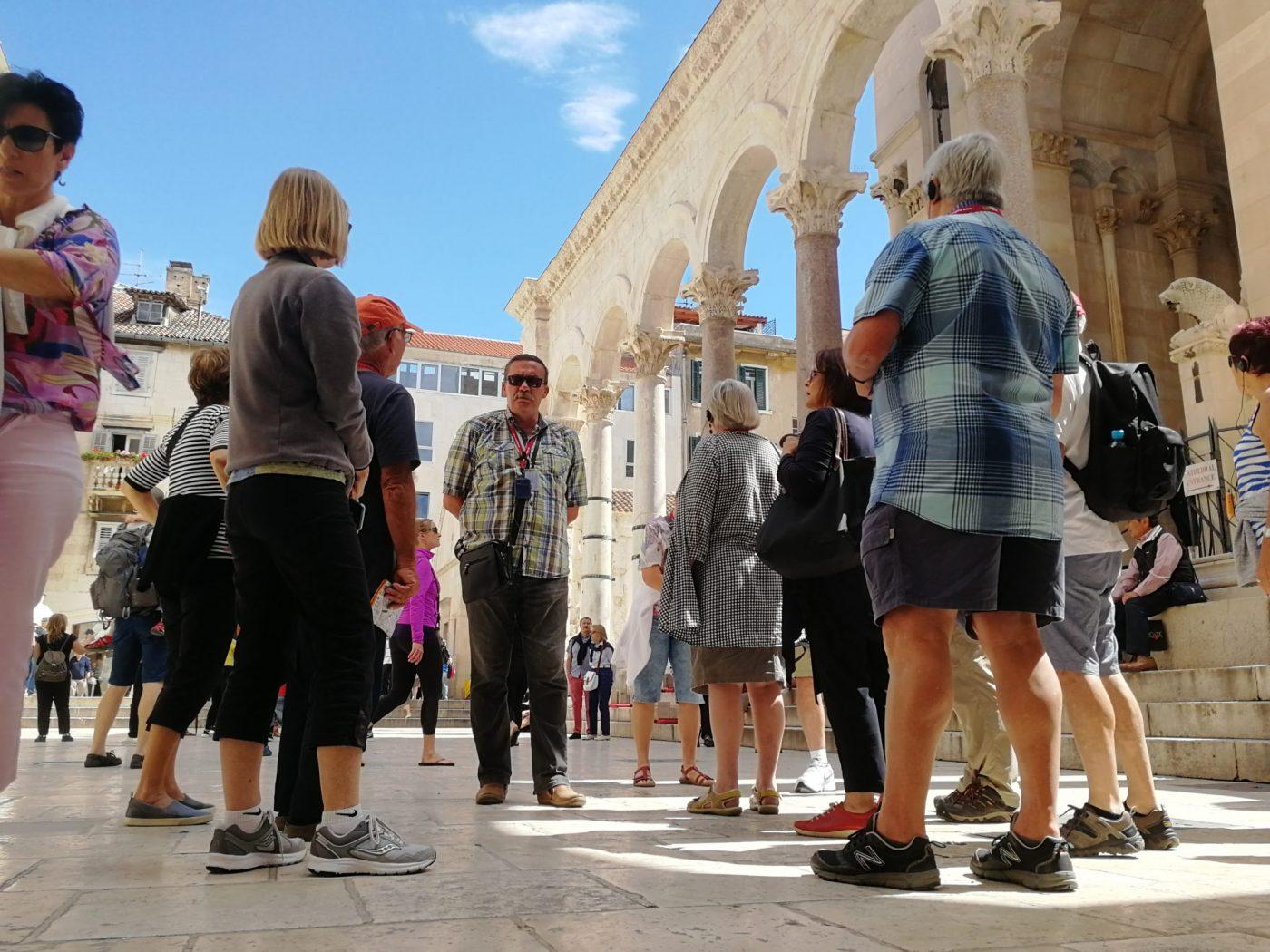 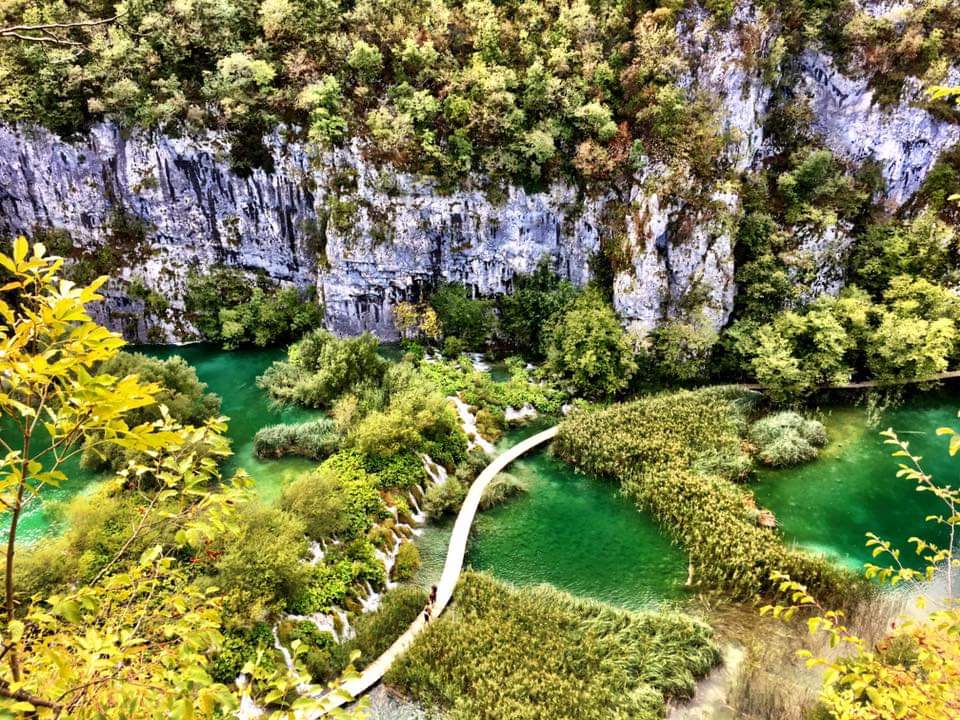 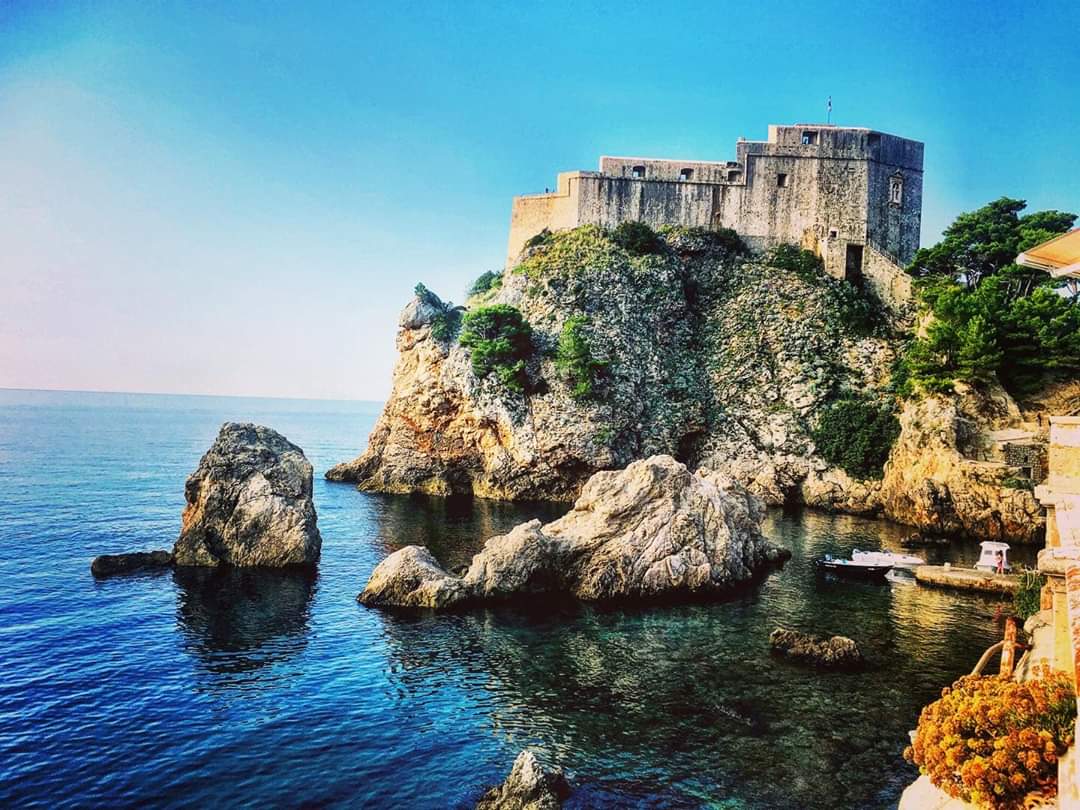 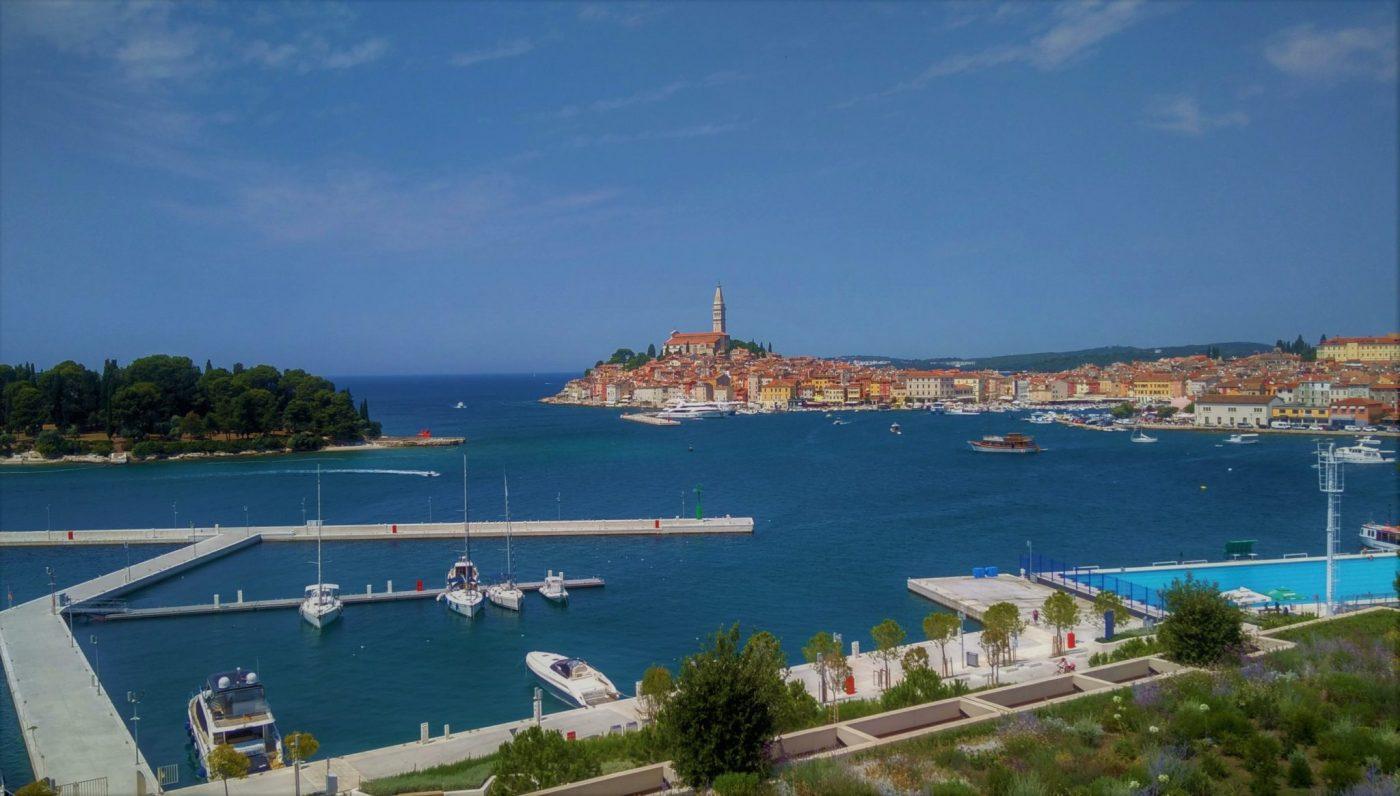 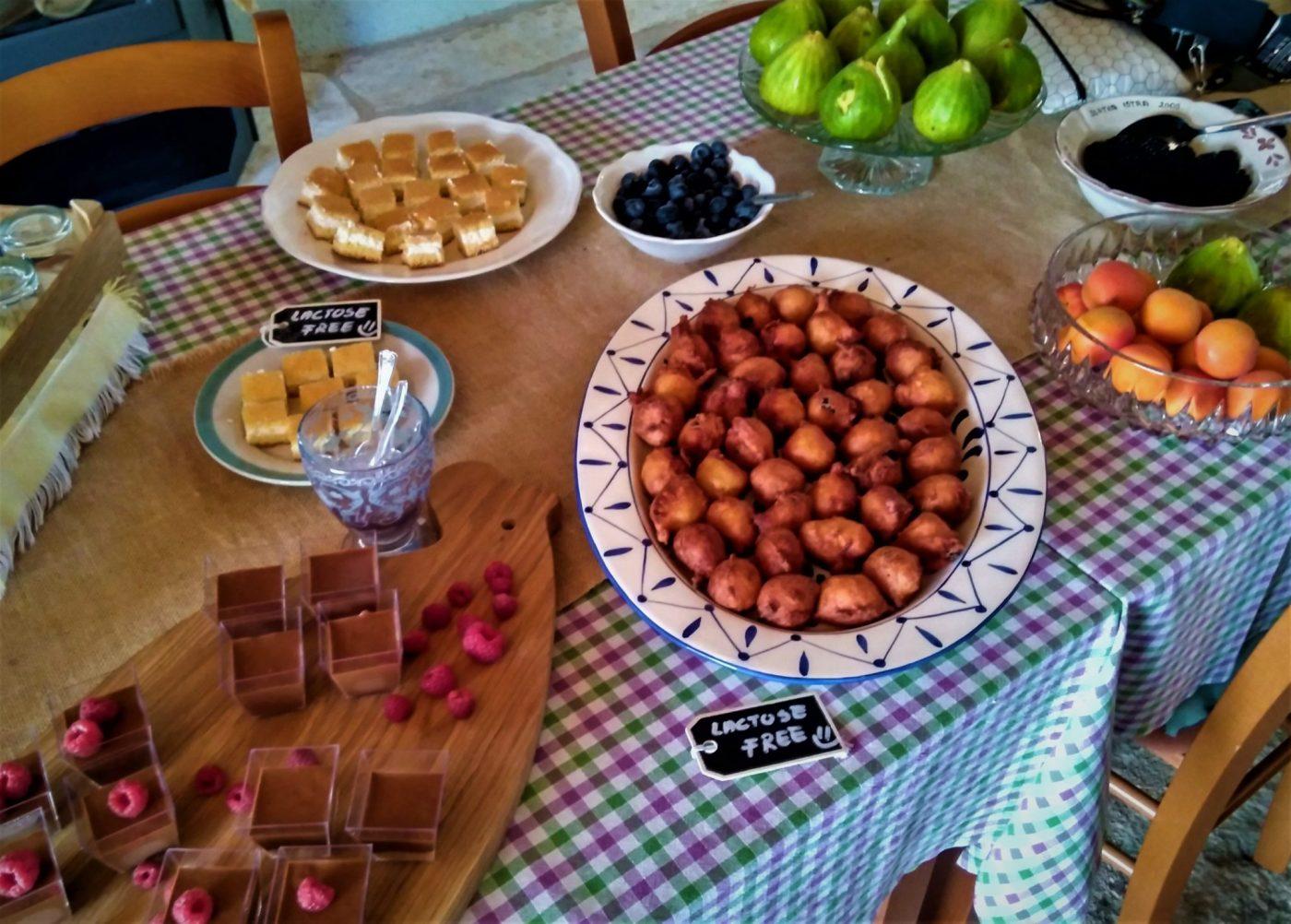 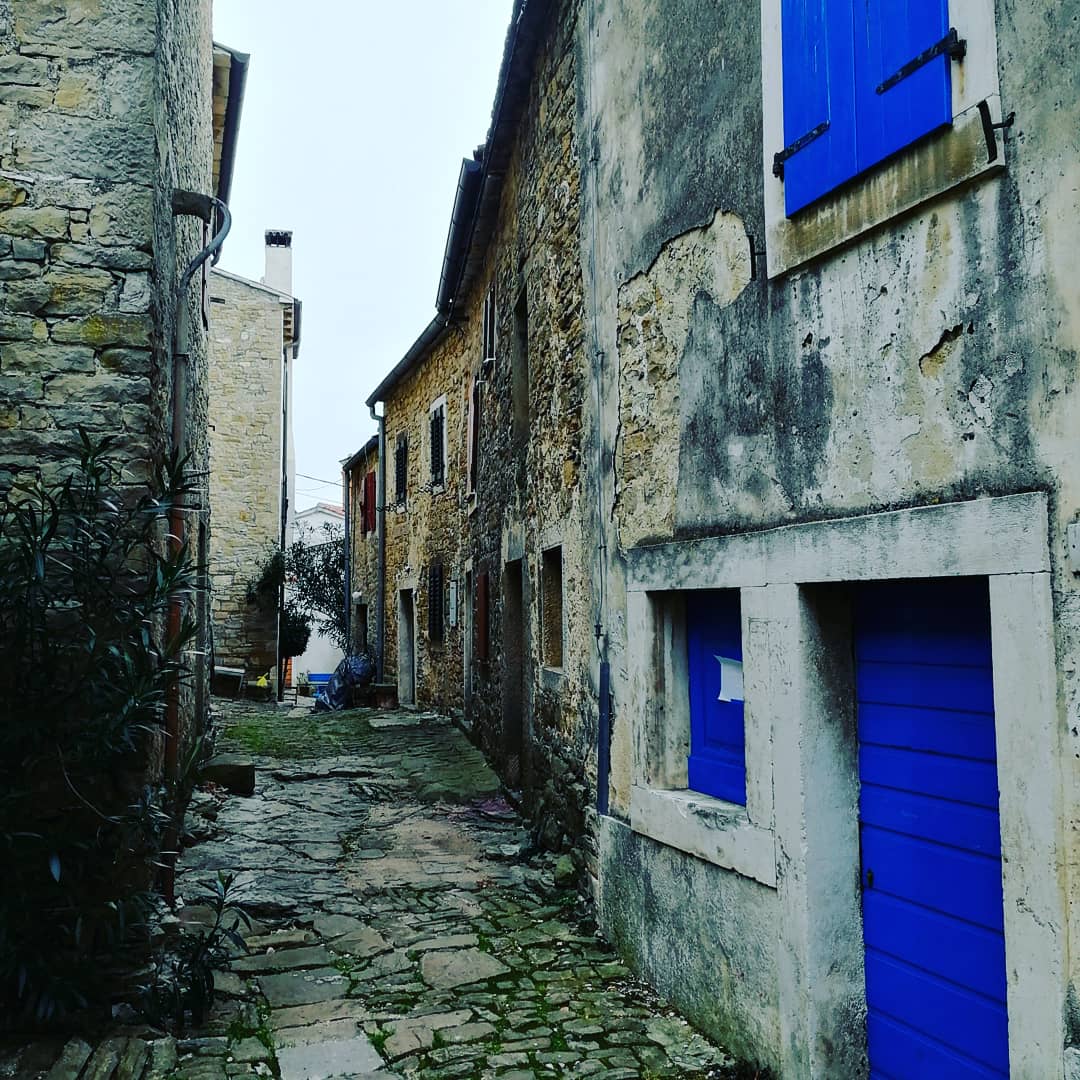 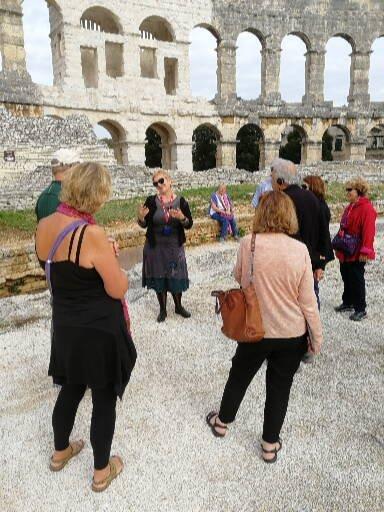 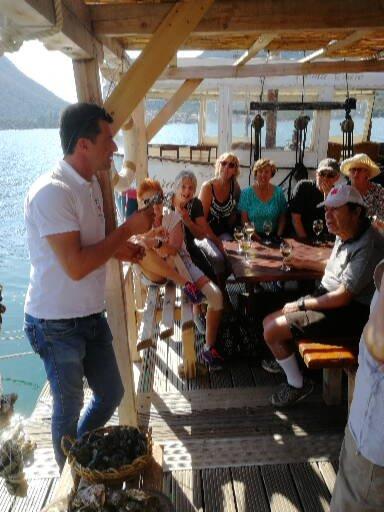 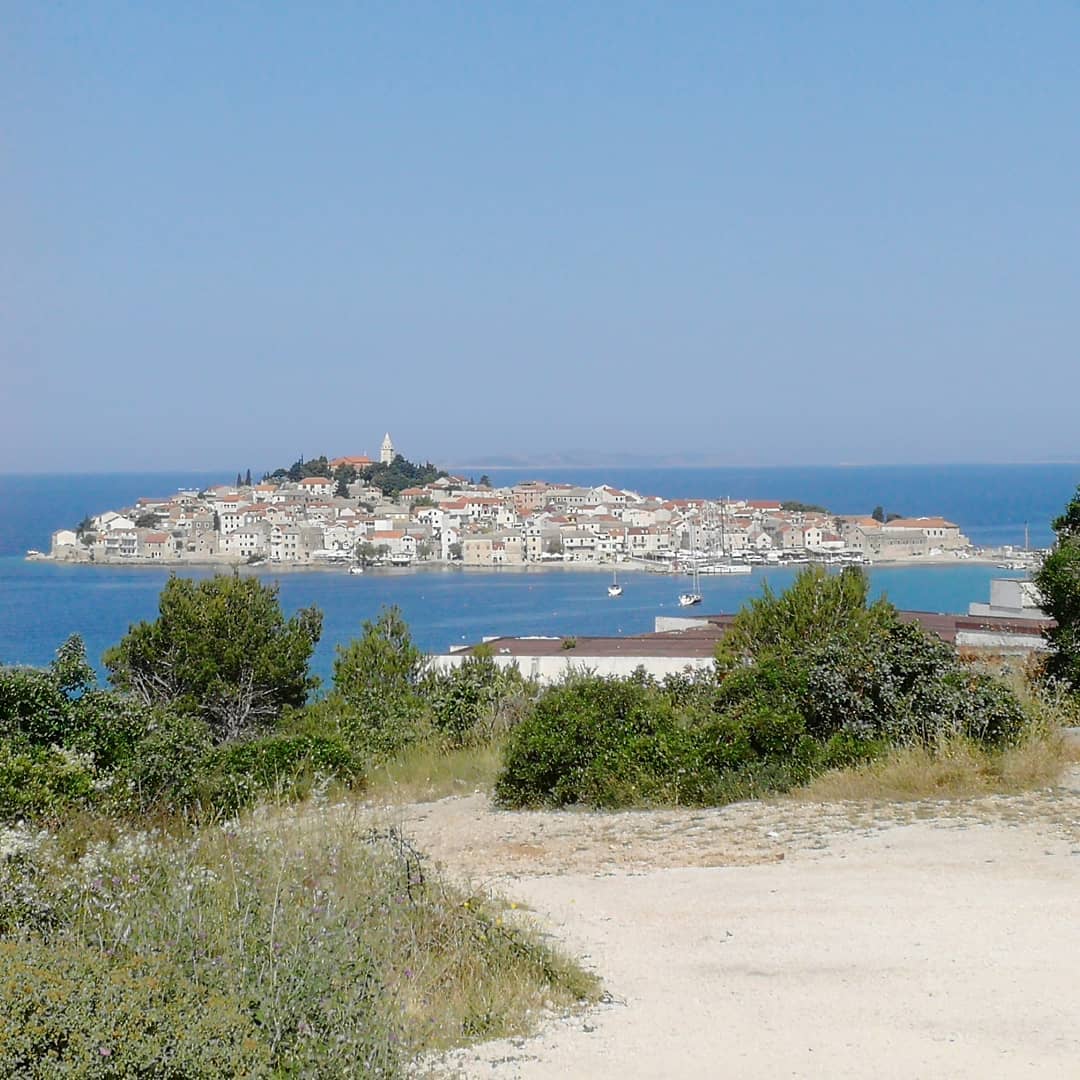