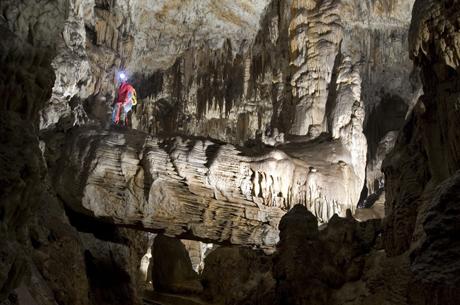 Slovenian territory is of Karst nature and over 10,000 caves are known in Slovenia. Explore it and go spelunking in Slovenia!
Go caving and explore wild cave systems of the original Karst. Navigate through pitches, squeezes, and water while spelunking on our Slovenia cave tours. Climb and crawl your way through passages on our Slovenia cave trips. Navigate through steep and slippery slopes and get your adrenaline pumping while exploring caves. Cave exploration in Slovenia experience starts when you are picked up from your accommodation and transferred to a non-touristy carst cave. Professional licensed cave explorer will guide you through the cave.  Later you are taken back to the surface and transferred back to you hotel. We recommend all the guests to dress warmly in layers it is always colder in the cave 11C/48F. Long pants, jacket with long sleeves and extra warm socks recommended. Before entering, visitors receive a portable rechargeable flashlight, boots, helmets and protection clothes.Slovenian Karst territory is a breathtaking and bizarre underworld where you can experience exclusive,  outside of  the standard tourist norm activities. 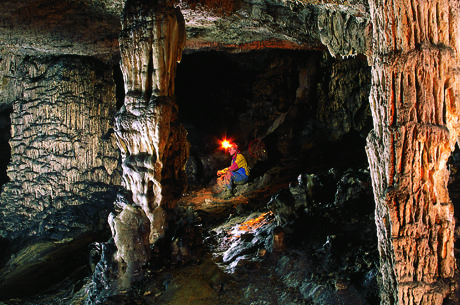 195 euro/per person for a group of two

160 euro/per person for a group of three

130 euro/per person for a group of four

100 euro/per person for a group of six or more

Includes professional cave guiding while in the cave,cave equipement, roundtrip transportation from your hotel, English speaking guide/driver on the tour, VAT and basic insurance. 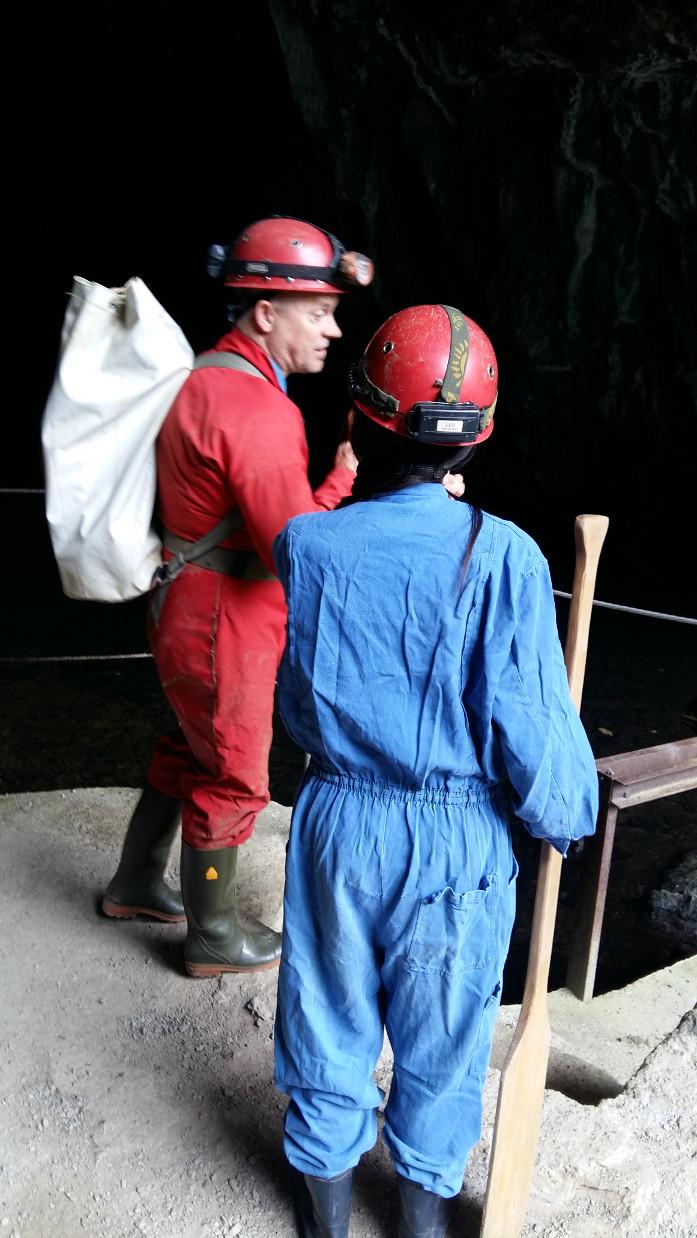 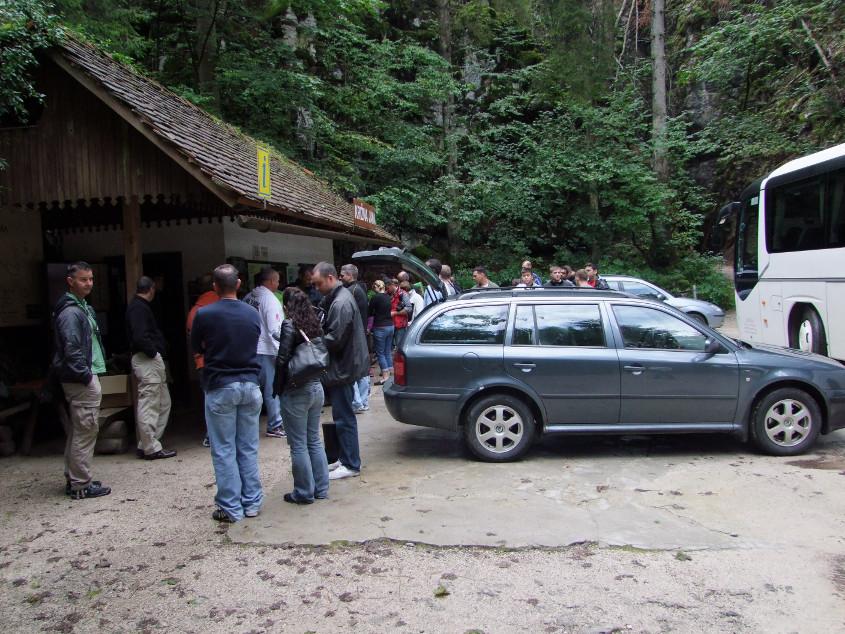 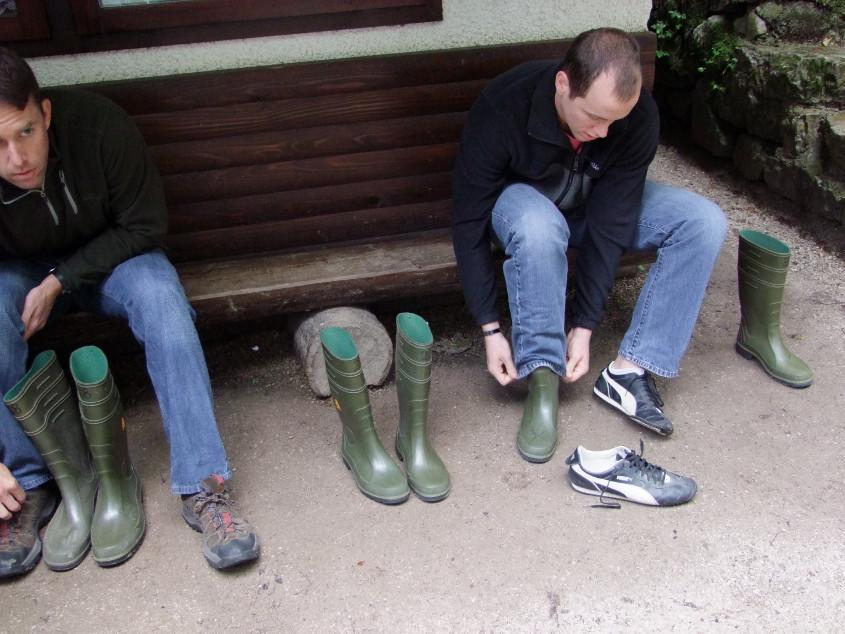 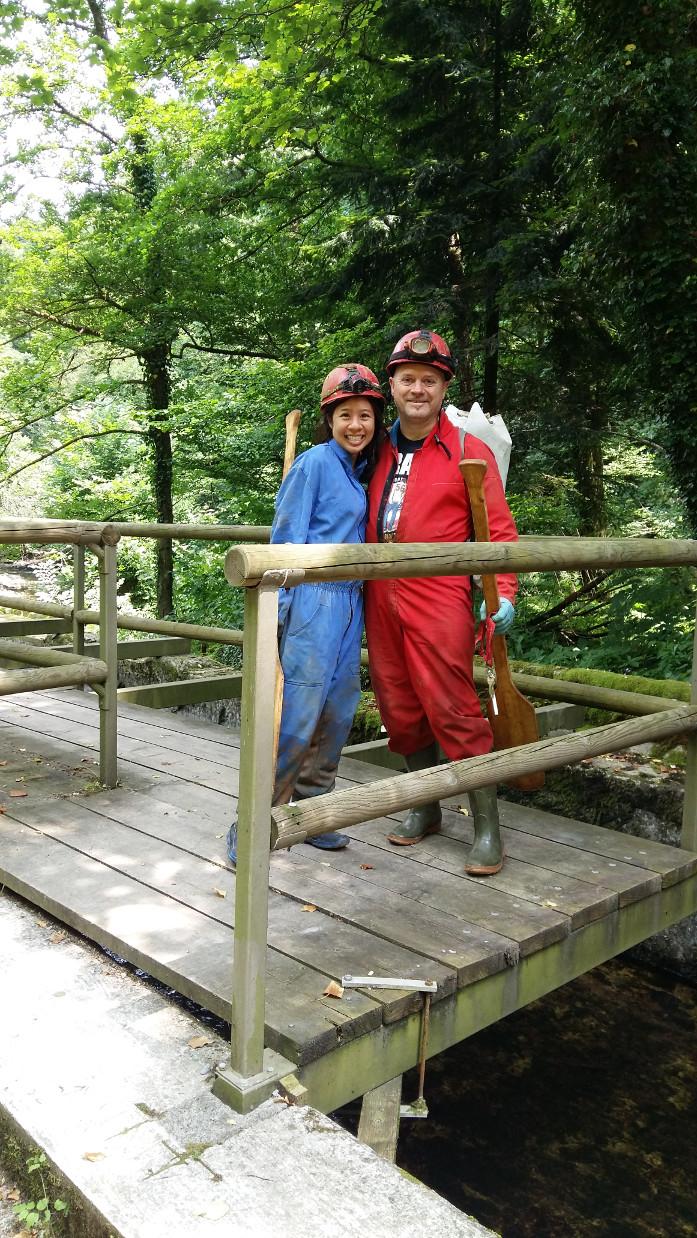 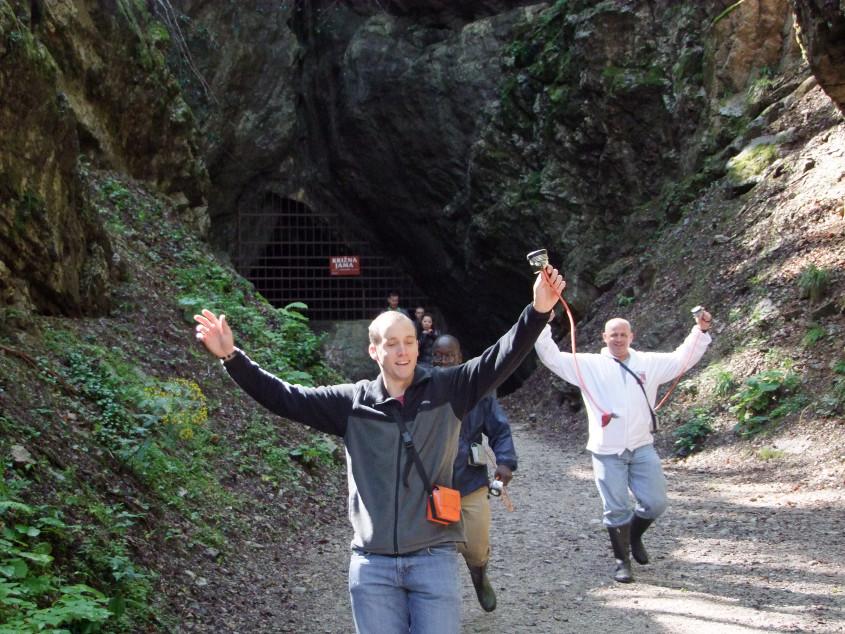 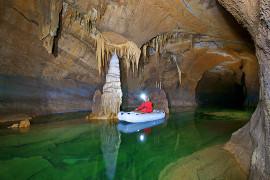 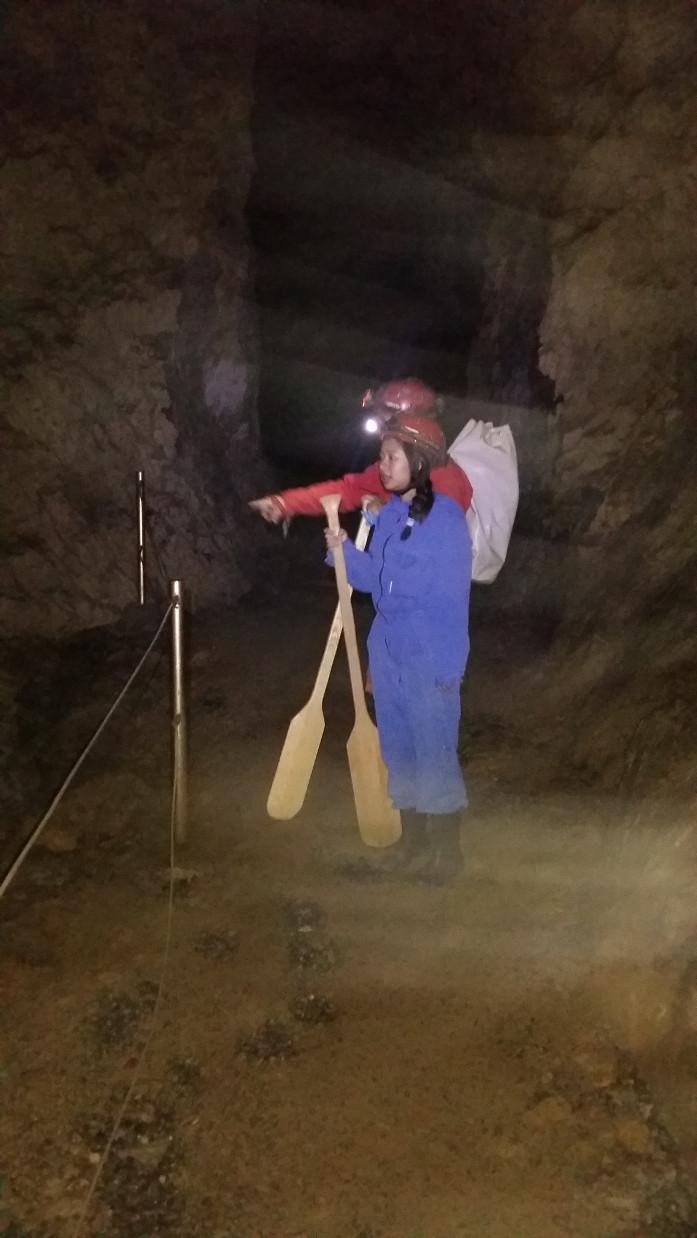 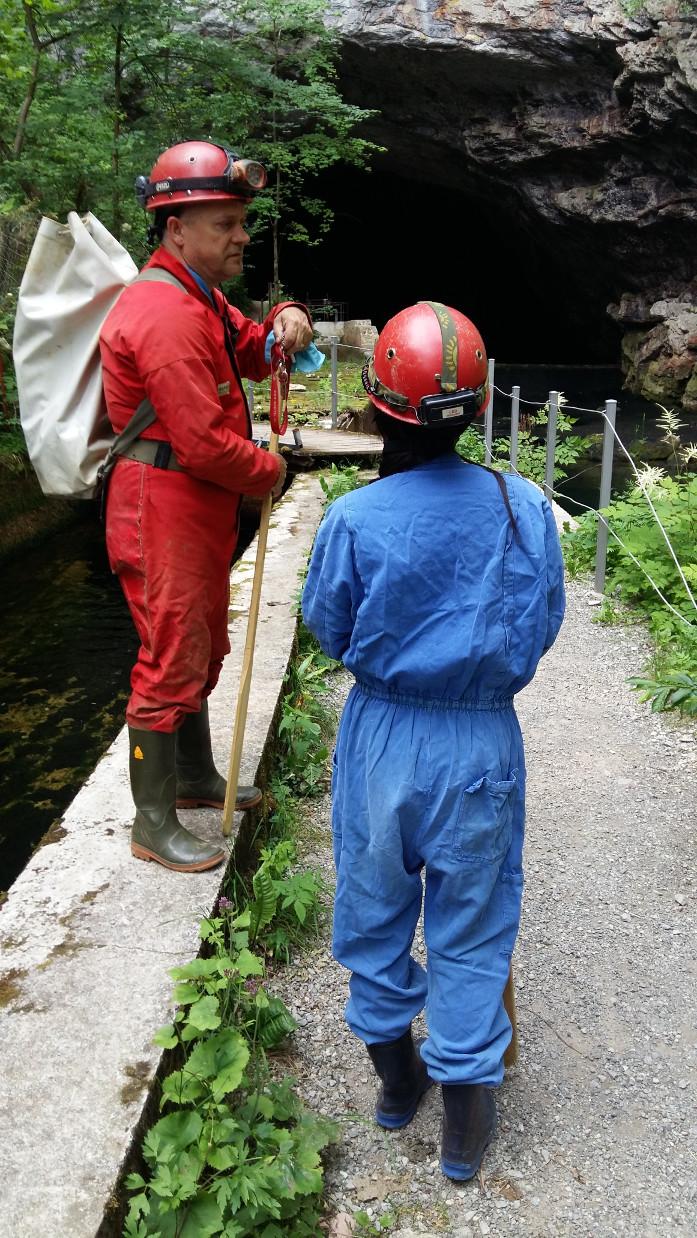 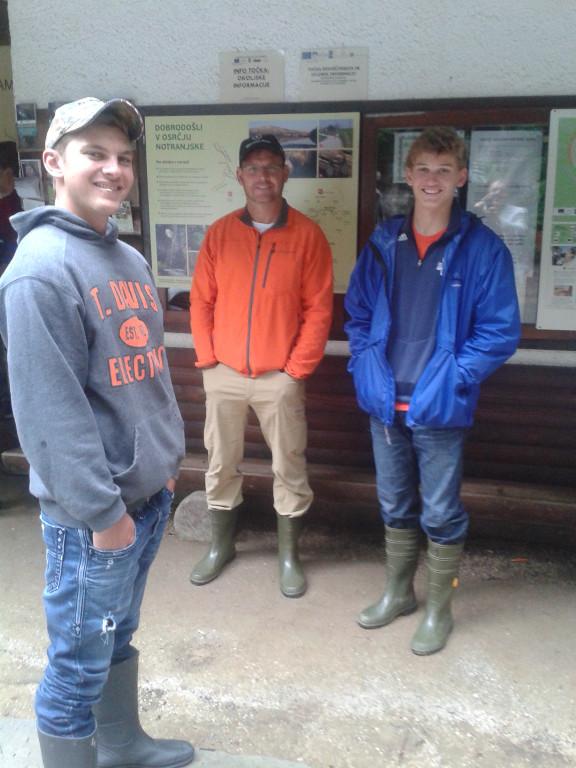 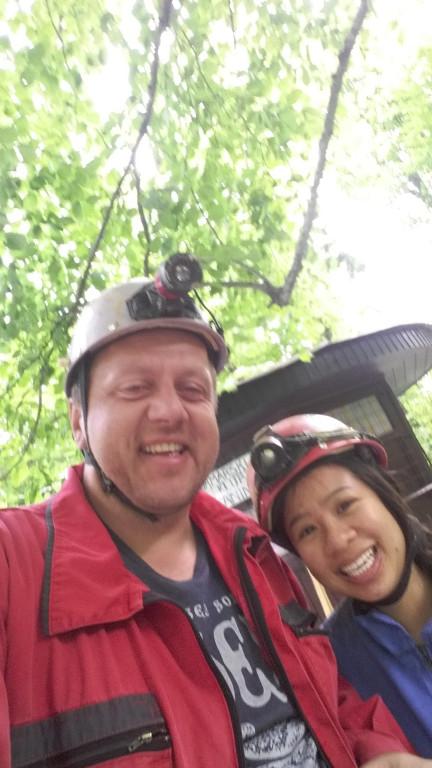 This review is overdue as I went to Slovenia in June 2017, but definitely wanted to write about my great experience with Andrej and [...]

This review is overdue as I went to Slovenia in June 2017, but definitely wanted to write about my great experience with Andrej and the spelunking guide (I'm sorry, I have forgotten his name). Slovenia has a ton of cave systems, so visiting Slovenia on a solo trip, I definitely wanted to go cave exploring, but outside the standard tourist caves. I found that spelunking is not really a commercialized activity in Slovenia and am so glad I found Andrej!

He and I exchanged a few emails back and forth (very communicative) and he warned me in advance that it was a very active experience. Boy was he right! I am an active hiker and runner and not afraid of many things when it comes to the outdoors and adrenaline pumping activities, but this was certainly one of the scariest, riskiest and unique adventures I've ever had.

Because I was traveling from Bovec (quite a drive and I don't recommend the long drive to Postojna), I met Andrej on the side of the road off the highway and followed him to the cave entrance where we met the spelunking guide. We suited up in full on janitor (spelunking) suits as well as helmets with lights, extra batteries, boots and paddles. The cave we visited is not a tourist cave and dangerous without a guide (in my opinion). It is also a water cave, hence the paddles carried throughout during the 3-4 hour spelunking trip.

It was chilly in the cave and pitch black (without the headlamp) as we traveled further and the size of the cave was shocking - it was unbelievably gigantic and I've never seen anything like it in my entire life. The first part of the cave was mostly paved, but the further in we went, it definitely became full on mode spelunking. I was thankful that Andrej and the spelunking guide were both there, helping me as I slipped on some of the very wet and muddy rocks. One very interesting creature we saw throughout the cave in the water was the Human Fish! I don't think it's an actual fish, but that's the nickname and once you Google it, you'll understand why.

As I mentioned, the cave is a water cave so there were times where we had to paddle to get further into the cave. There were rafts already in the cave, which the guide and Andrej helped bring down. Definitely tiring paddling, but it was a blast and just an amazing experience being in the water in a gigantic cave. There was one point where we had to climb a ladder (which completely freaked me out) because it didn't really seem stable and on the way back, there was an option to either climb back down the ladder (no way) or climb between two walls to get down. Honestly, neither options were appealing at first, but the wall definitely ended up being better, ha.

I will admit that out of fear for my life, I tried to memorize a lot of the route as we ventured throughout the cave. The only person who knew the cave well was the spelunking guide and what if something happened to him... (haha). Thankfully, nothing bad happened and appreciated both Andrej and the spelunking guide helping me out in all the tough spots throughout the cave. I love telling people about this spelunking adventure and thanks both for making my travels to Slovenia so exciting!